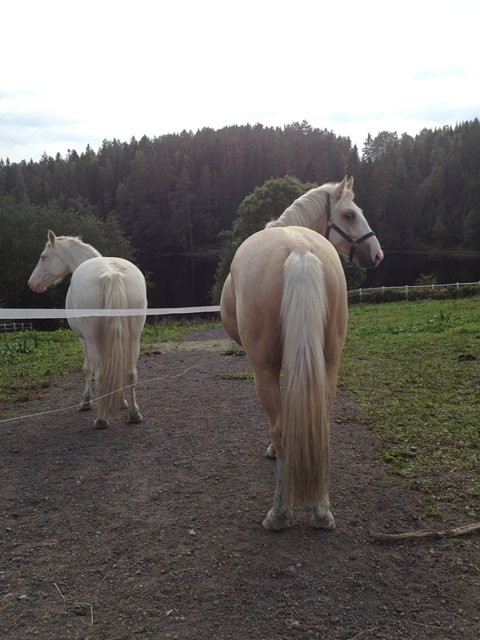 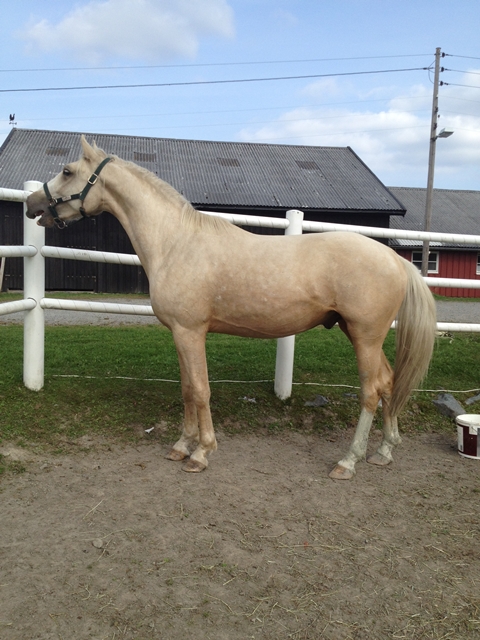 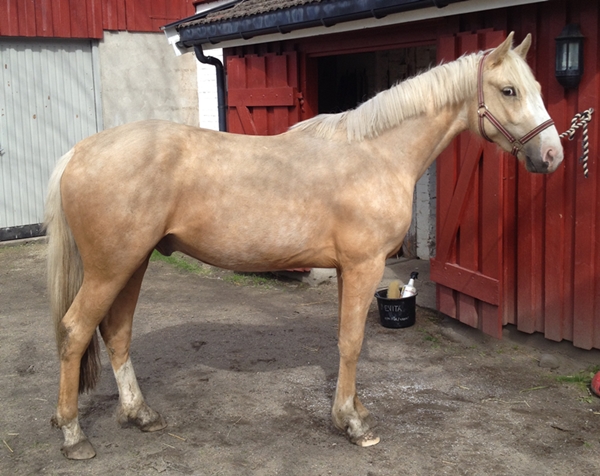 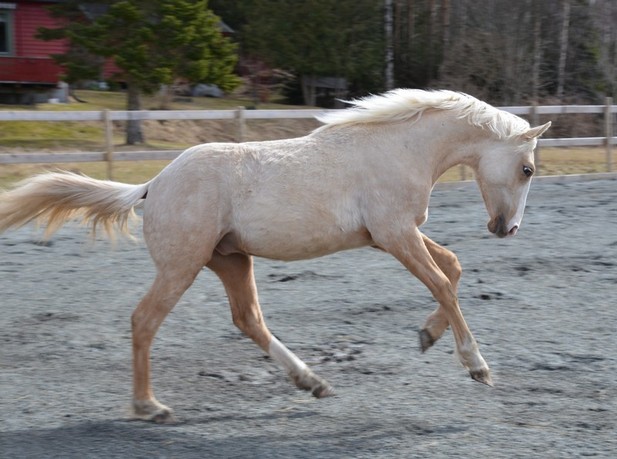 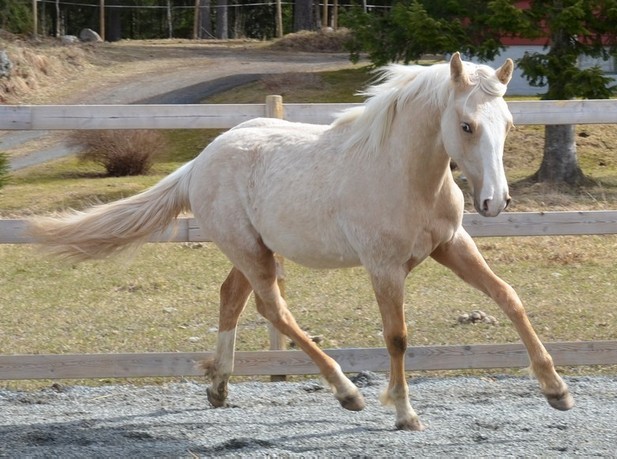 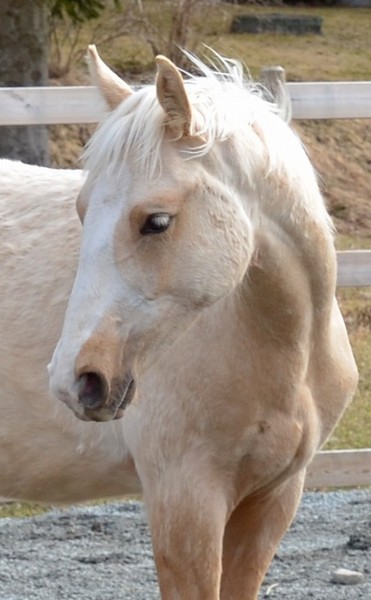 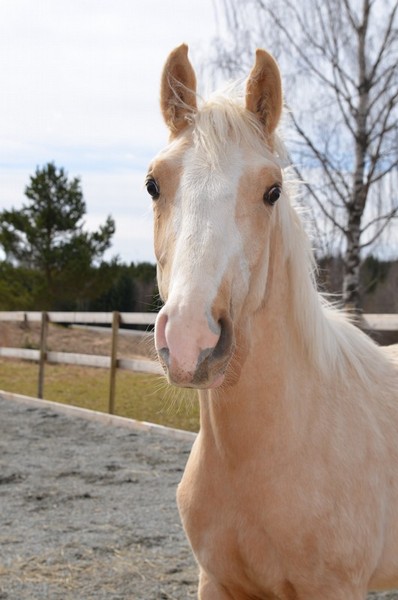 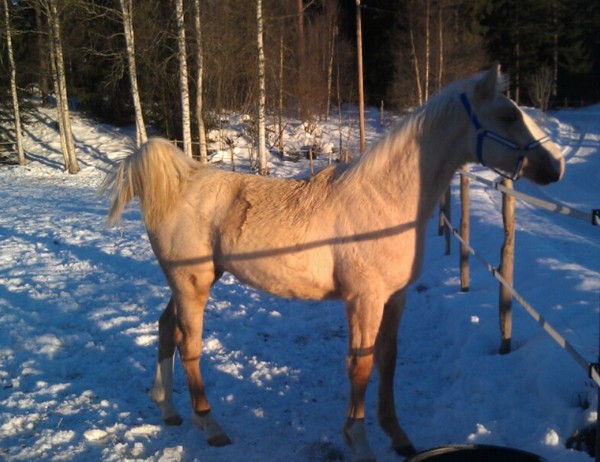 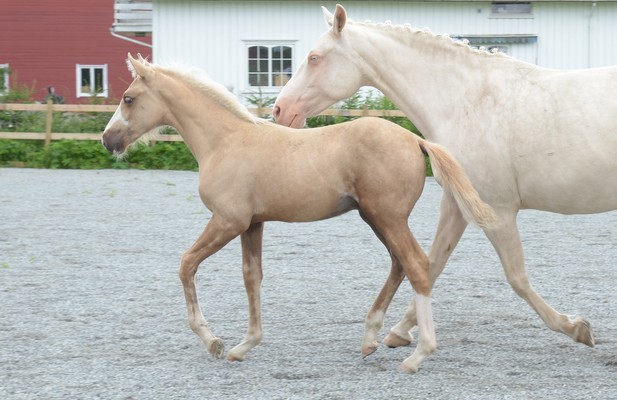 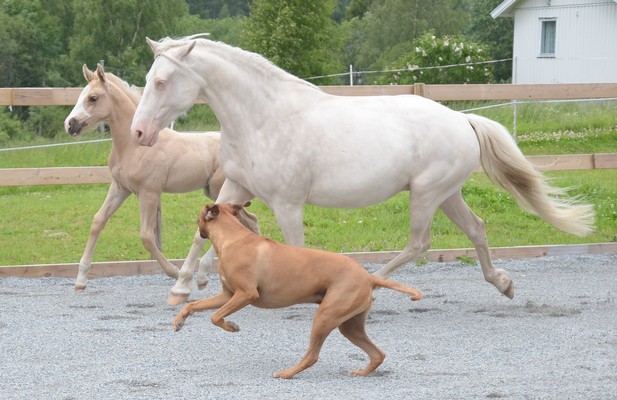 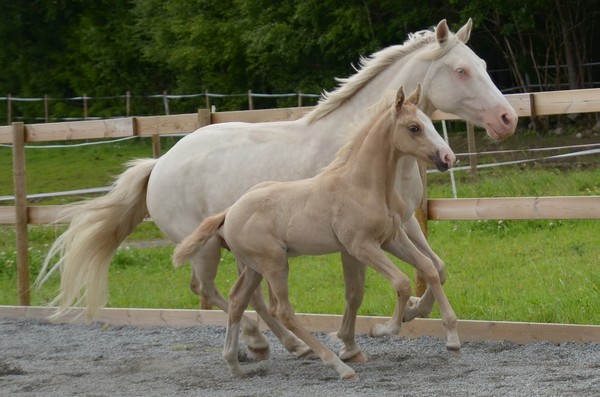 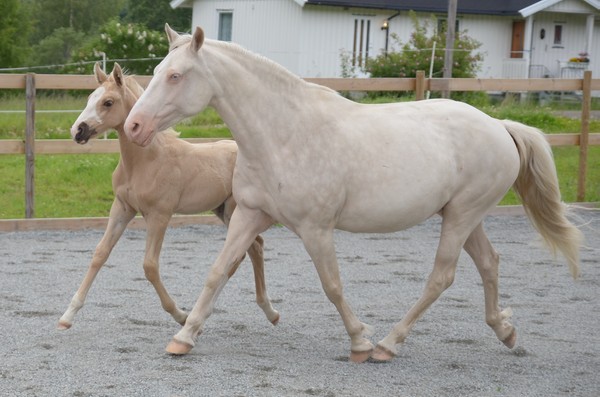 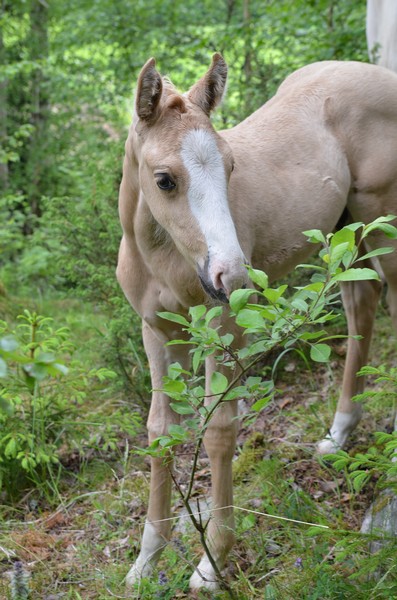 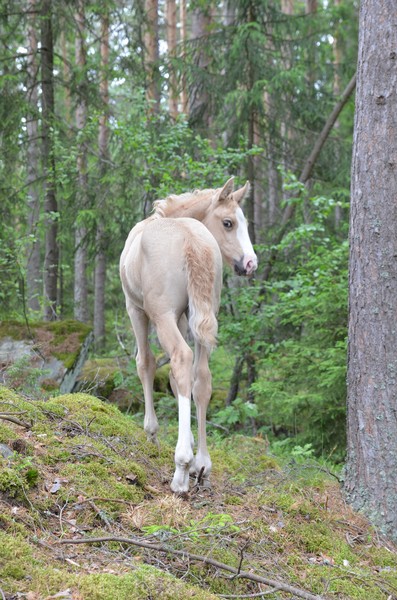 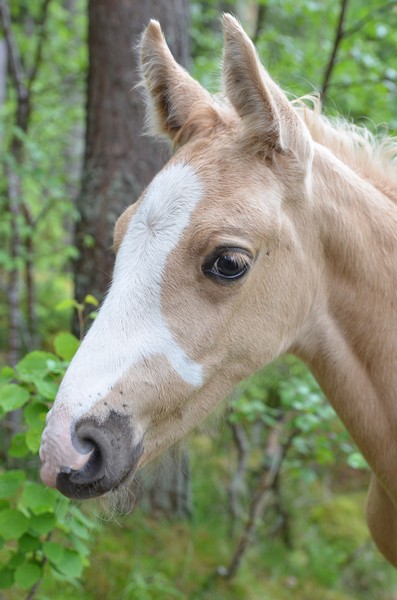 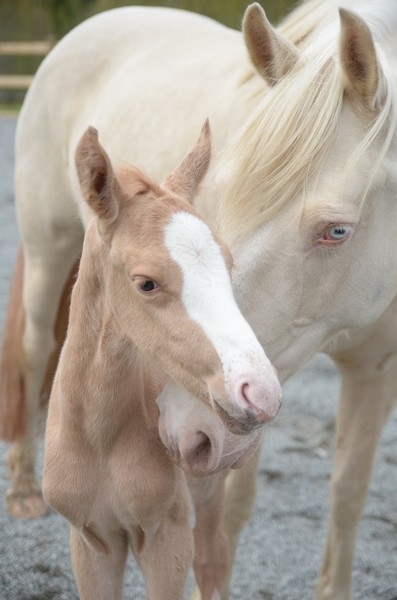 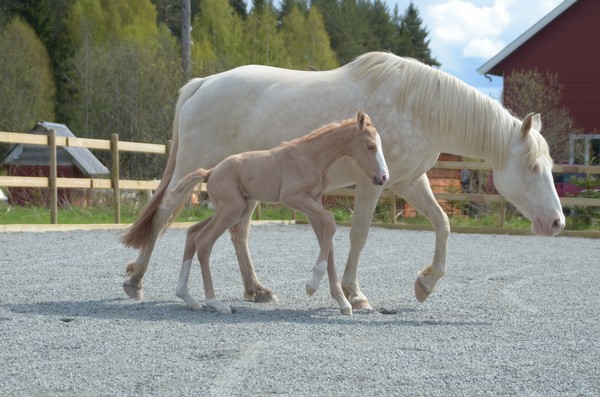 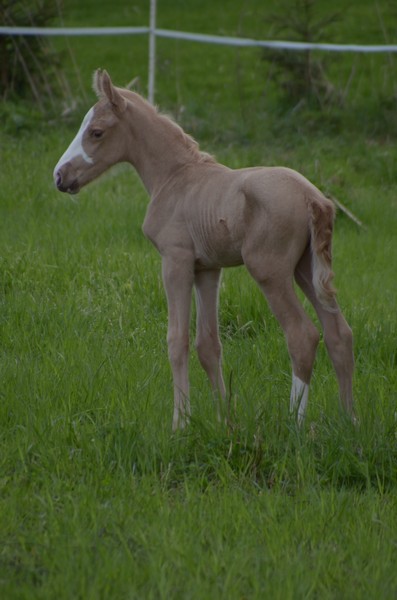 Sir Cisco is not only a proven stallion, trough his very good results in eventing and through several foals, he is also of a very good breed type that I think will match Evita very well. He is elegant, yet strong, with nice, straight legs and very well proportioned. That he has his nice colour is the icing on the cake, and combined with Evita's cremello colour, the foal will have 50% chance of tobiano pattern, on either palomino, buckskin or smokey black background. Evita's heritage is strong in both dressage and jumping, and she herself is a keen jumper, even with a novice rider in the saddle. I think the temperament is of utmost importance for a sporting horse (or any horse), and so I think this combo will give cool but willing, eager and forward offspring with much to offer either in dressage or jumping or eventing. Plus a great colour!! Health wise, both parents are super healthy, and have never suffered from injuries or sickness of any kind.

Sir Cisco did great in the German Bundeschampionate in 2011, where he won his class in the qualification, and later finished as #6 in the finals. He has been noticed for his qualities in the sport and has been mentioned in two German Magazines, and this only in October! 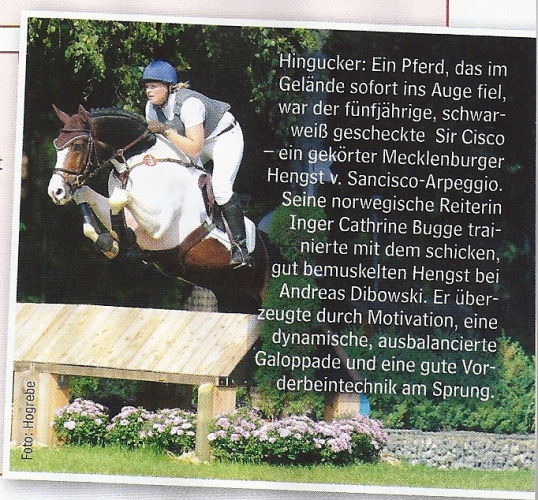 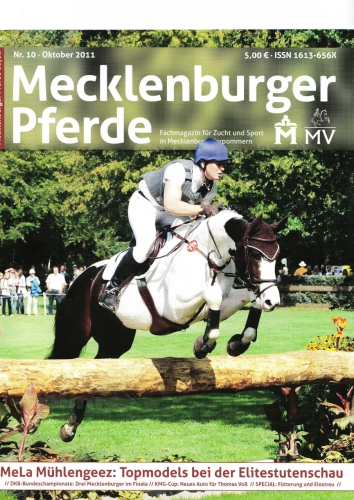 Pics from the Bundeschampionate, all photos courtesy of owner Lillian Strand: 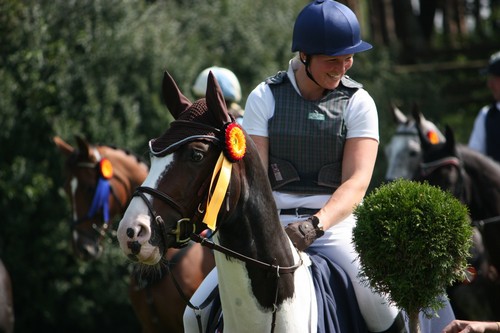 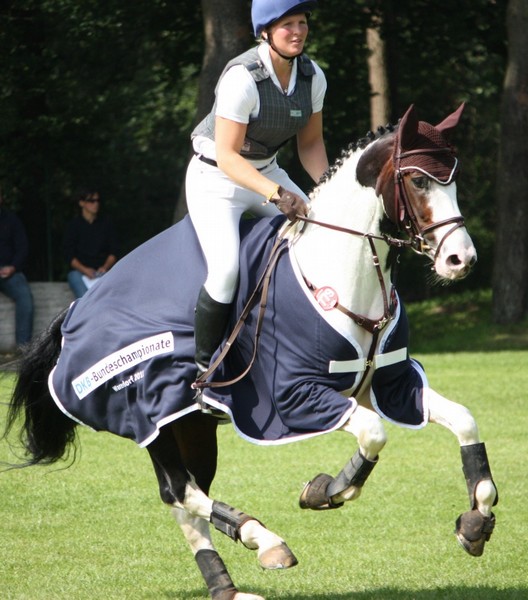 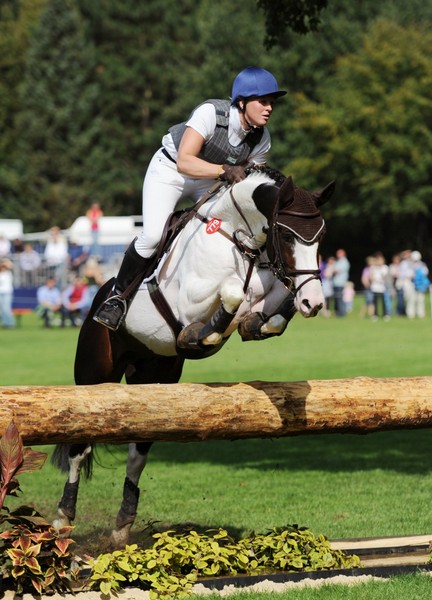 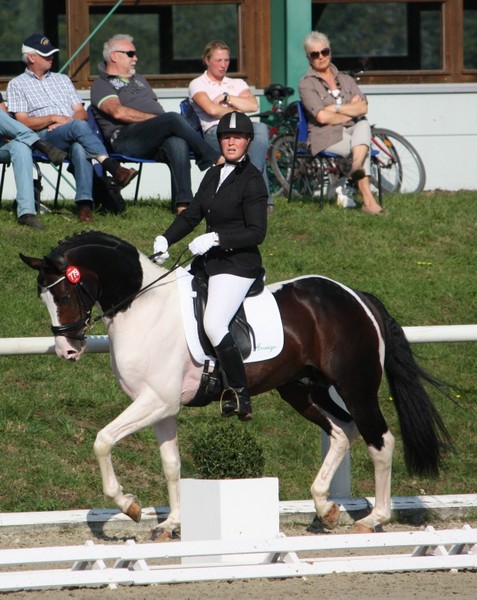 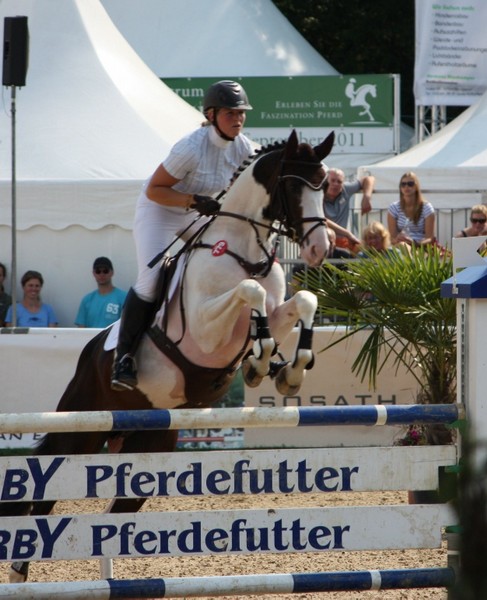 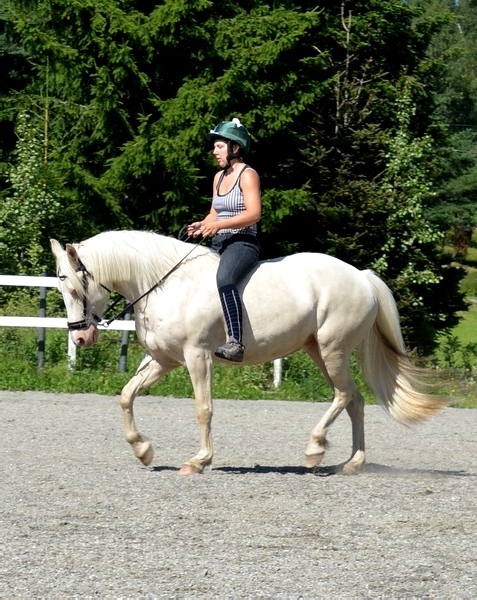 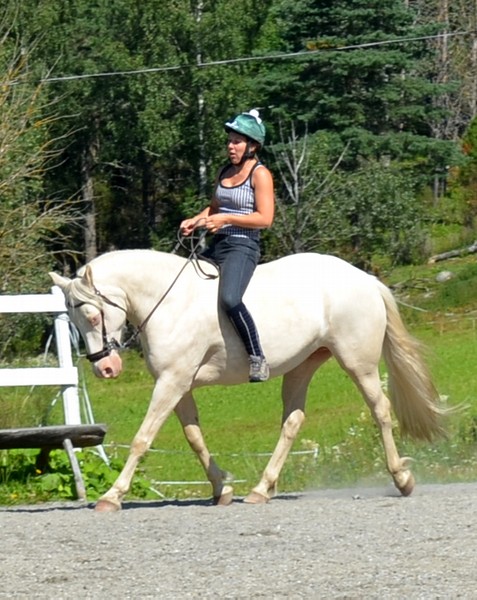 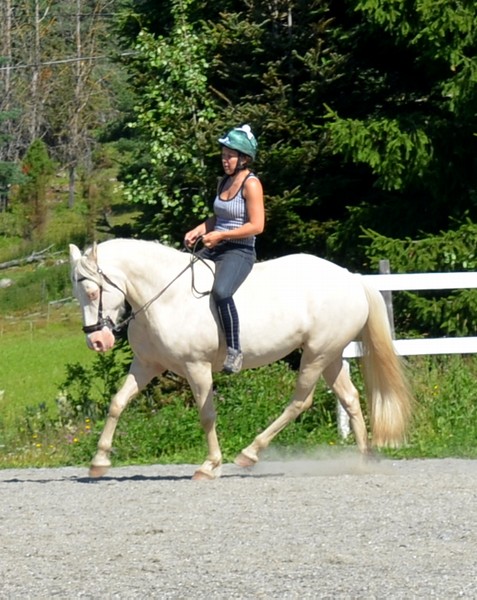 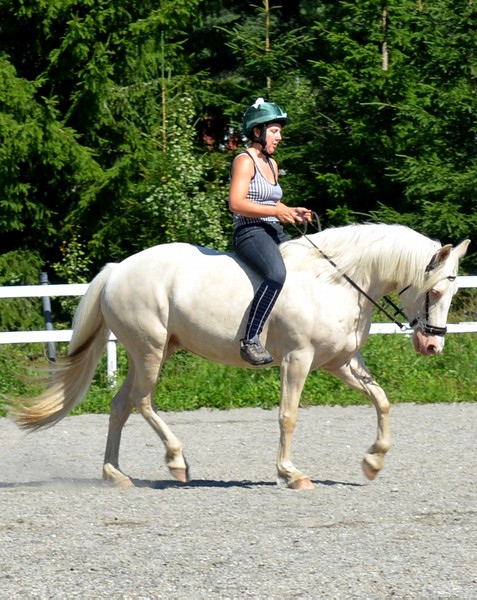 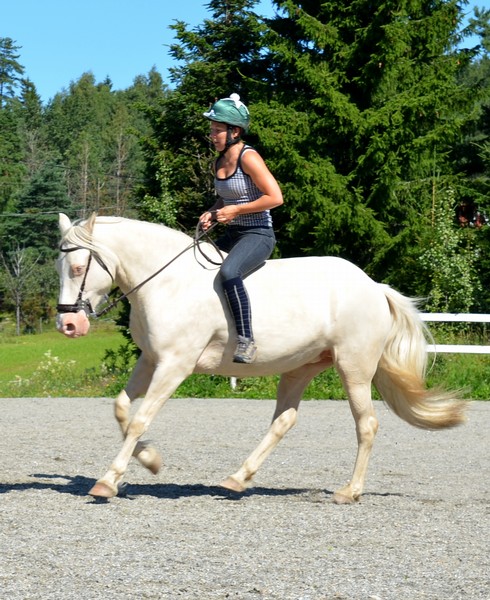 Pedigree for the foal:

If you have entered this page through Google or other search engines, use the link below to get to our mainpage and have the full menu of choices.