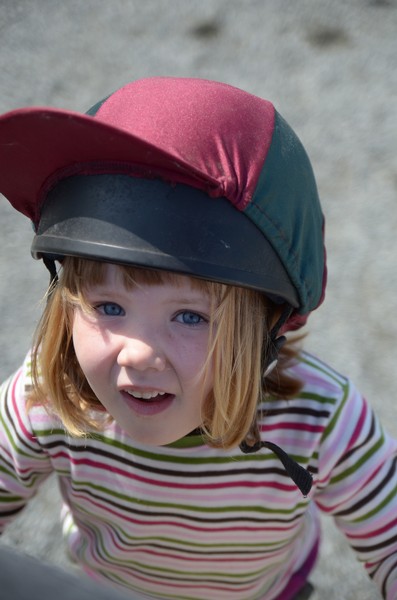 Su was with me the first half of the week, and she was very clear that we had to take a ride with dad as a photographer when he came to pick her up ;.-) Just to show him! 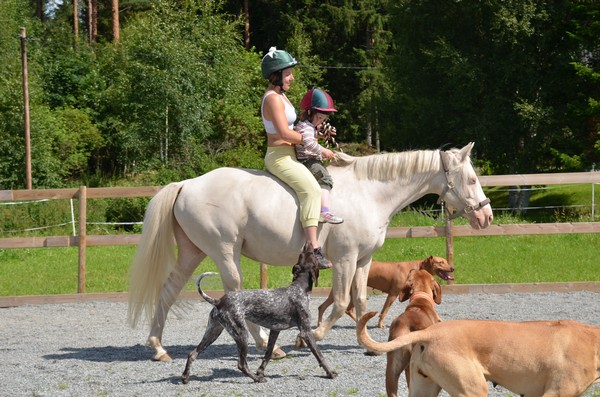 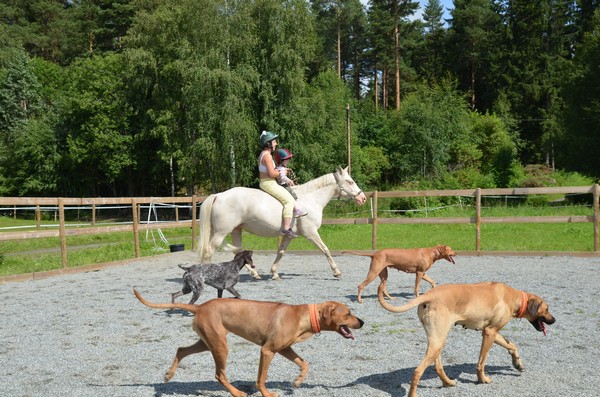 She thought walking was slow and demanded that Evita "ran" some with her as well (she saw us training the day before ;-)) 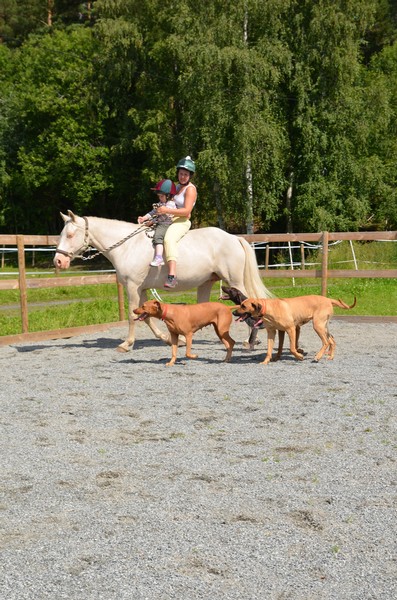 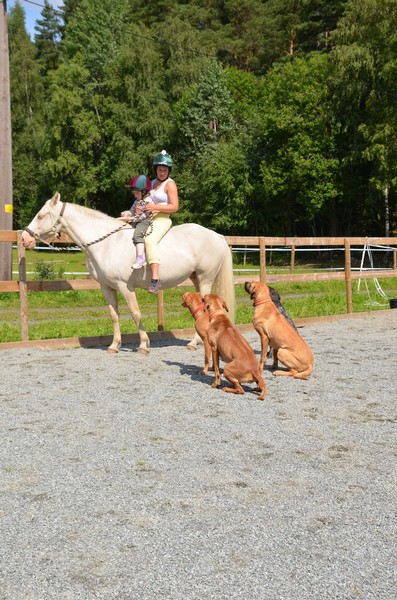 And the dogs are nicely behaved, all four doing heel by the horse ;-) 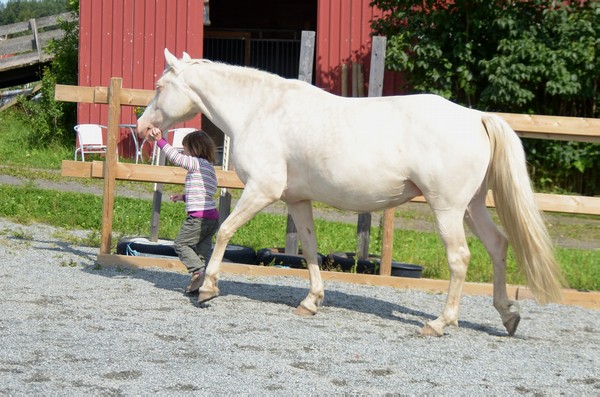 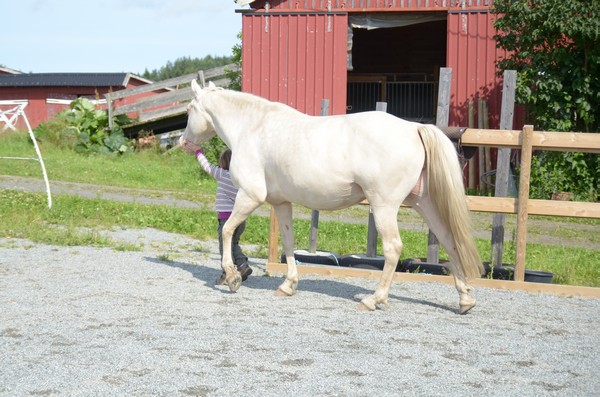 And when we finished, I was supposed to gather our gear while Evita could walk out to her son - and when she didn't hear that command, Su took the matter in her own hands.. And I thought that was special for Evita and me! ;-D 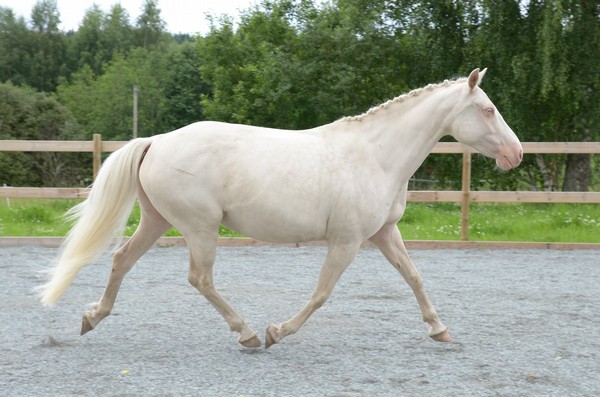 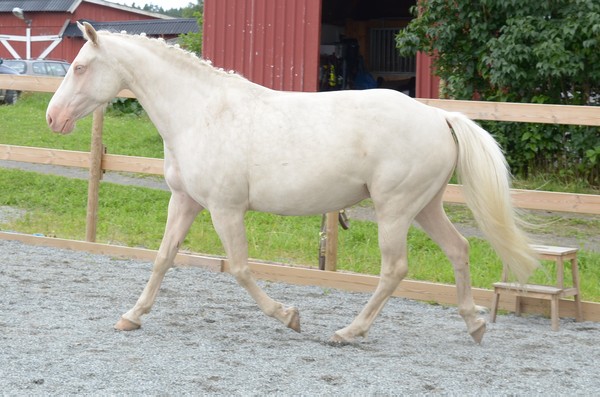 Evita has been washed and braided, just to try it out (it's been some years since I did that regularly) 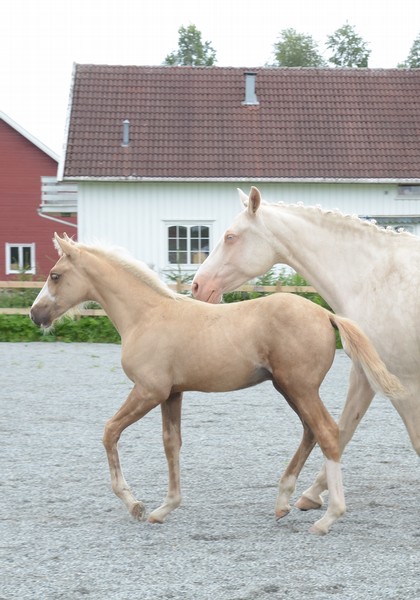 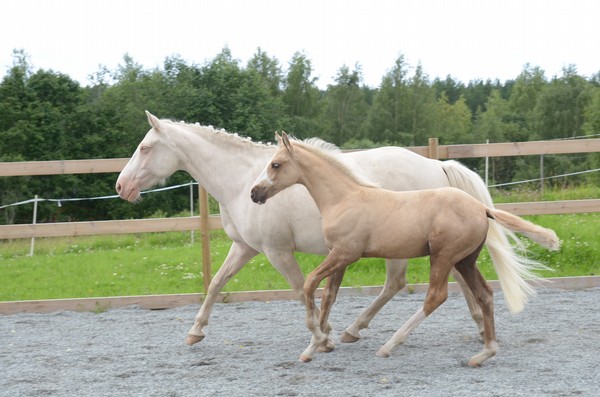 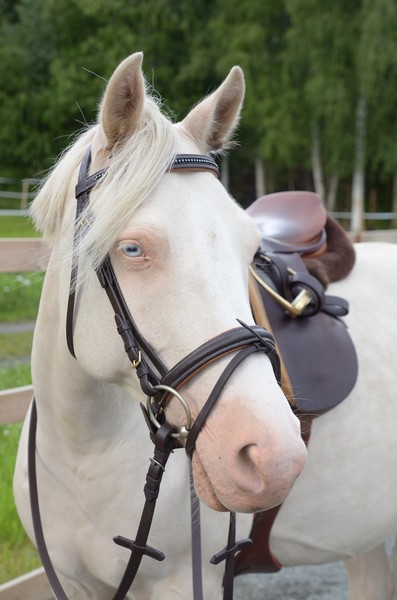 Here with her not-so-little-any-more son, and with her tack for the show. 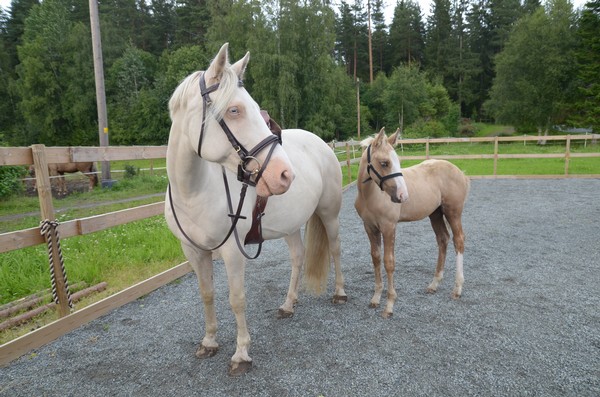 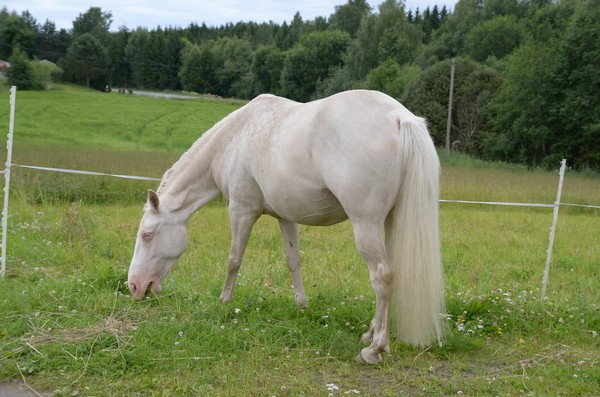 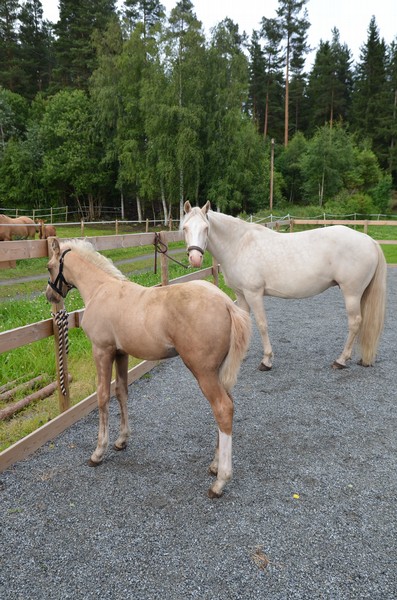 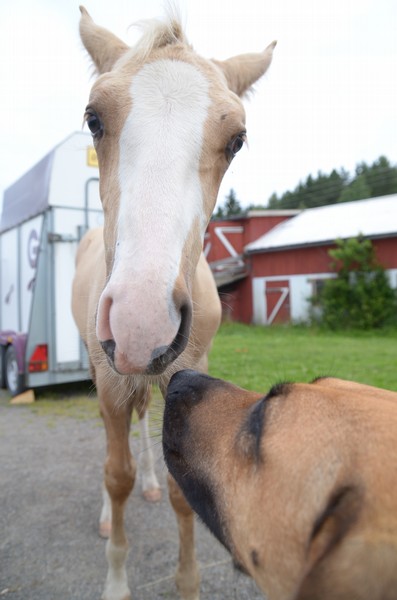 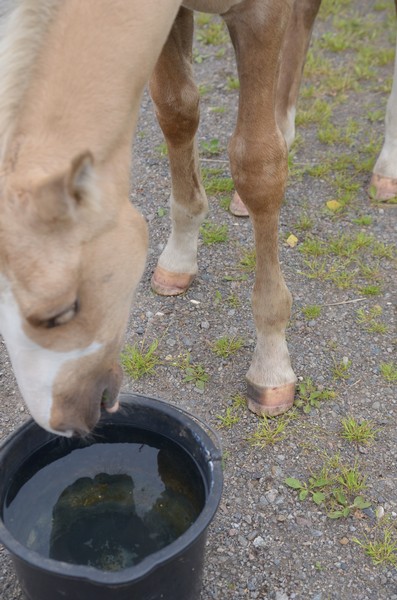 Disco's getting one half and half hoof! 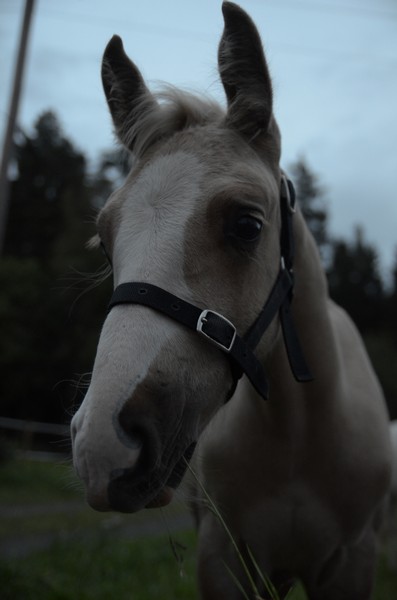 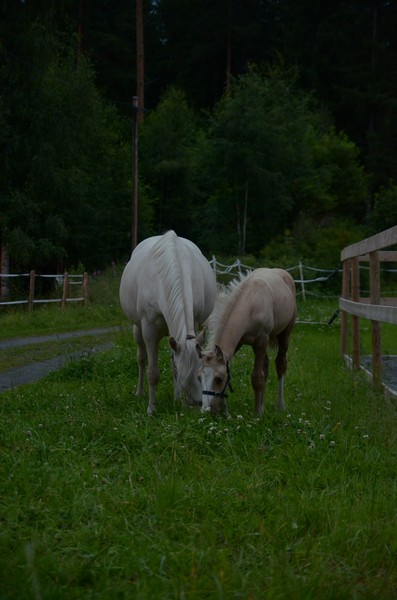 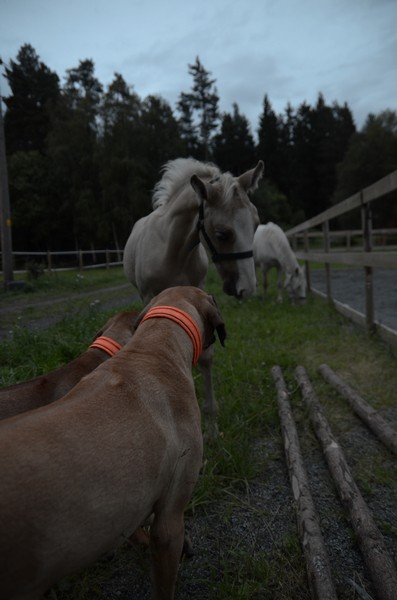 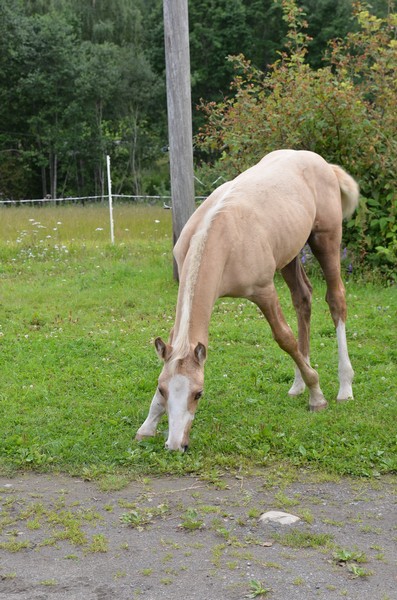 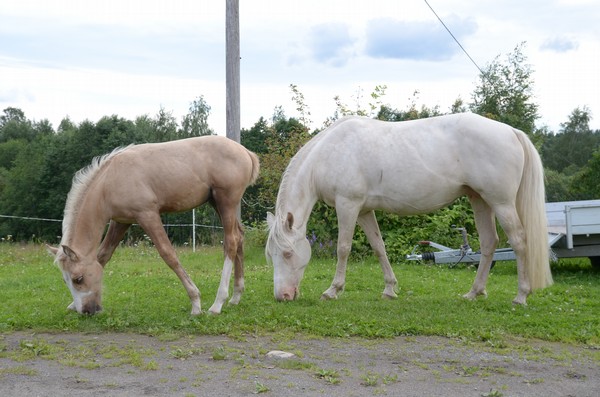 Just wait until that neck grows out properly - then the giraffe days are over! 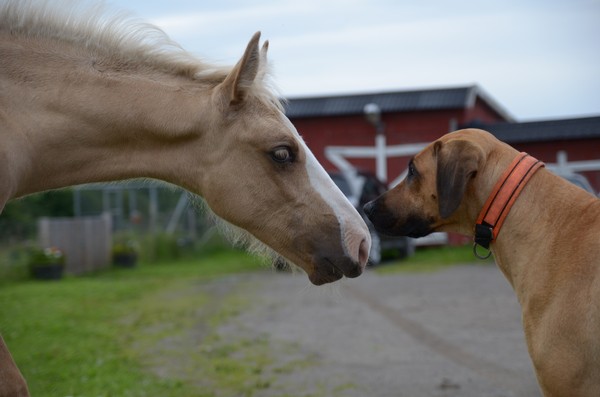 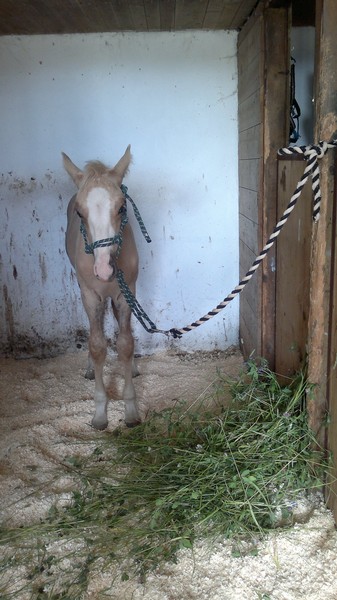 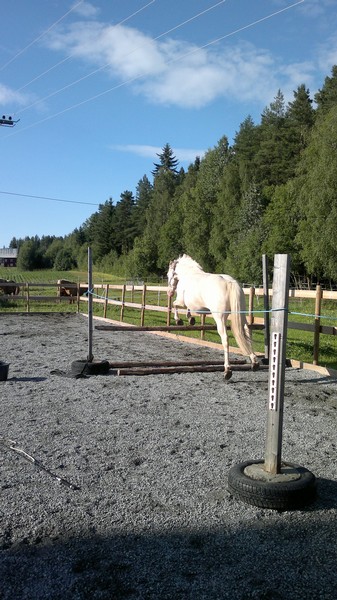 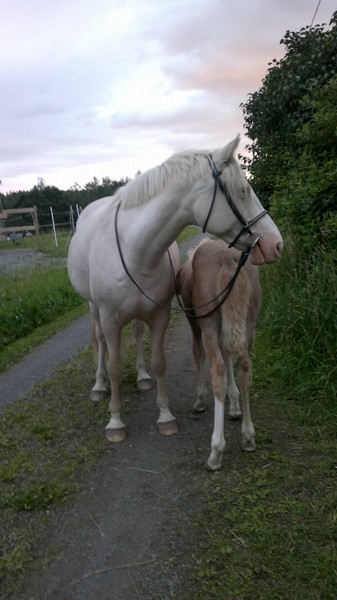 Disco has been training on lots of new stuff, and went with us for an evening ride as well! And Evita is shaping up ;-) 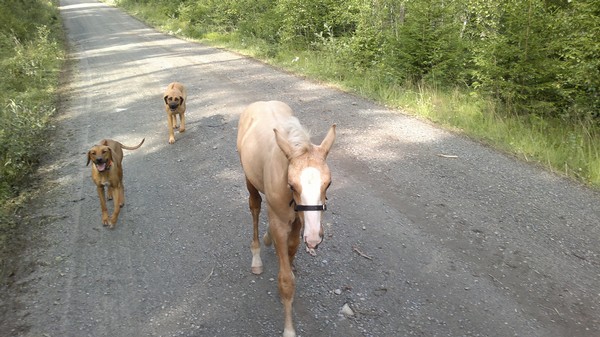 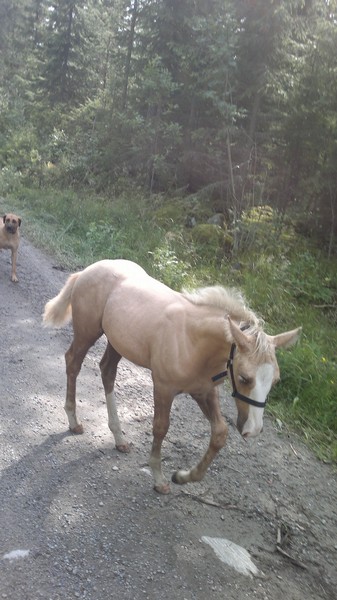 Nice view from Evitas back! 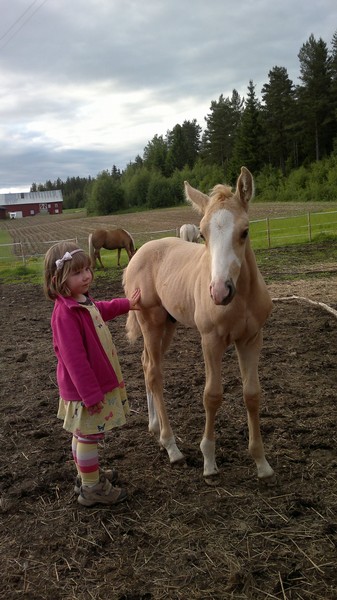 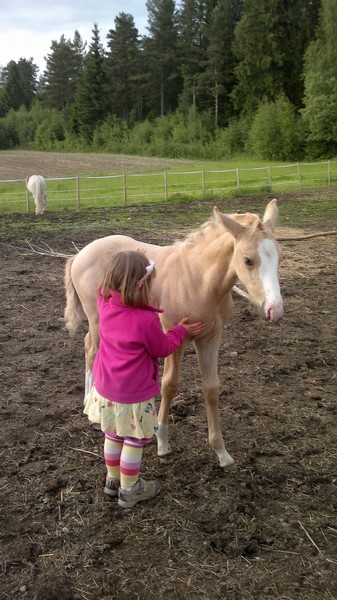 And some old pics of Disco and Su!