We went for a walk in the woods, Bjørn, Truls (Bjørns brother), Sunniva and me with five puppies, Nadinja (ten months) and Tyson. 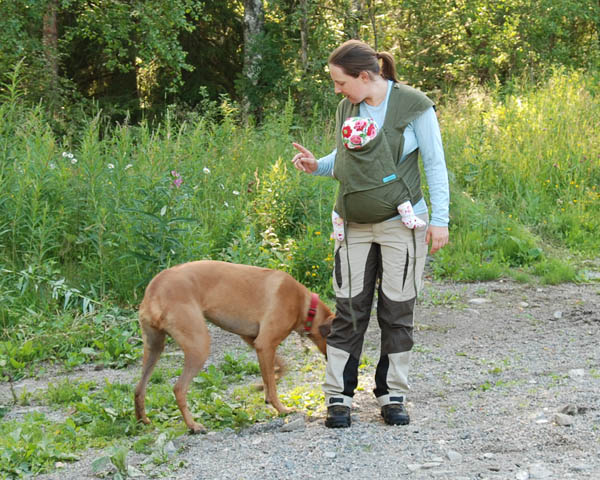 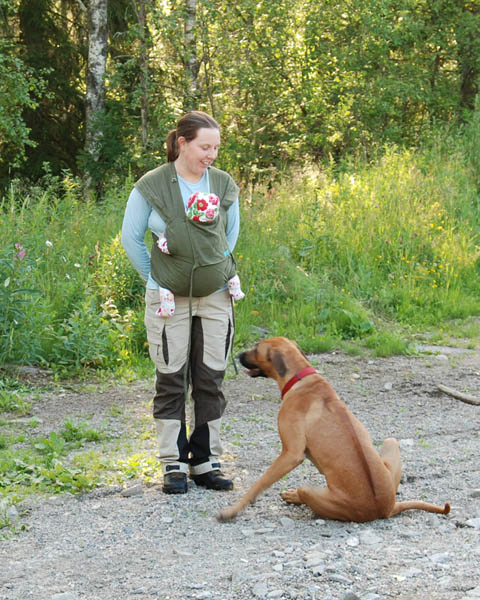 Sunniva is on my tummy in a Mei Tai (or more correctly a Sjaltai), an old invetion from Asia which is super for carrying babies and children as it distribuates the childs weight on more of its legs and body than a traditional western carrier that centers weight on the spine. It is more comfy for me too as I have no pressure points on my shoulders or waist. 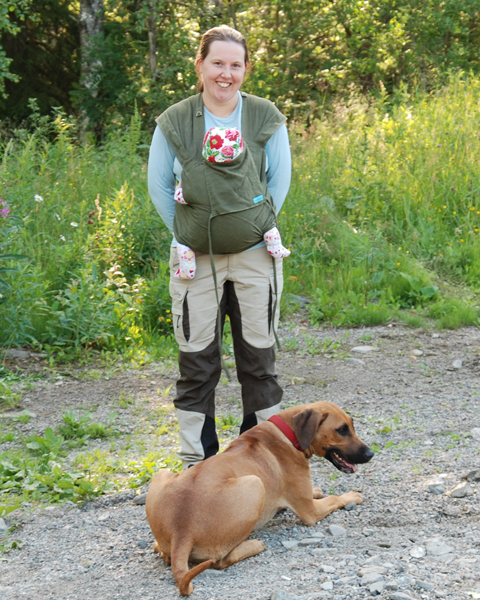 Finally, Nadinja can lay down (my command was in fact "sit"...) 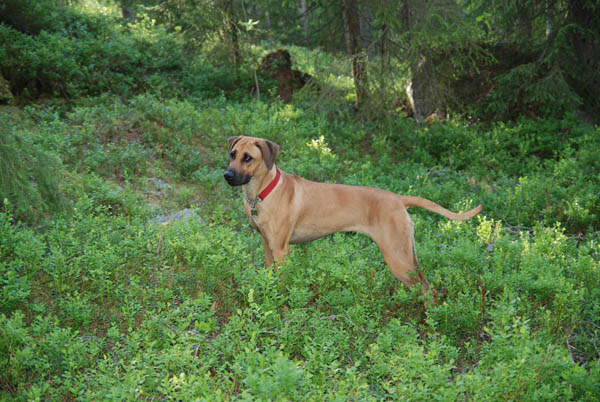 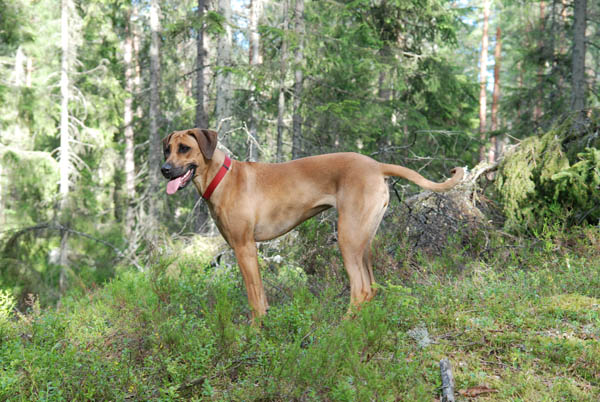 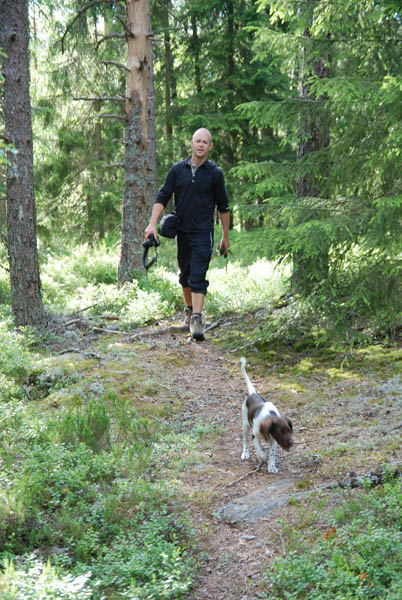 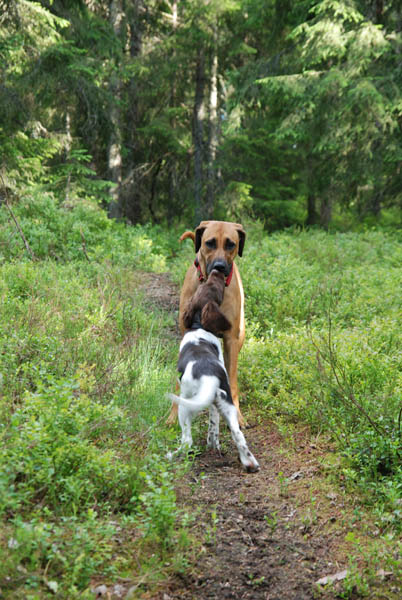 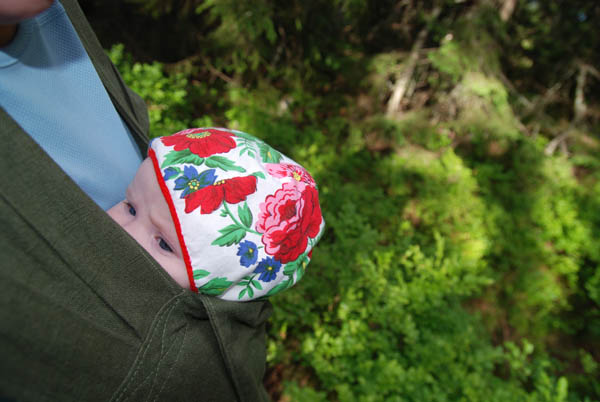 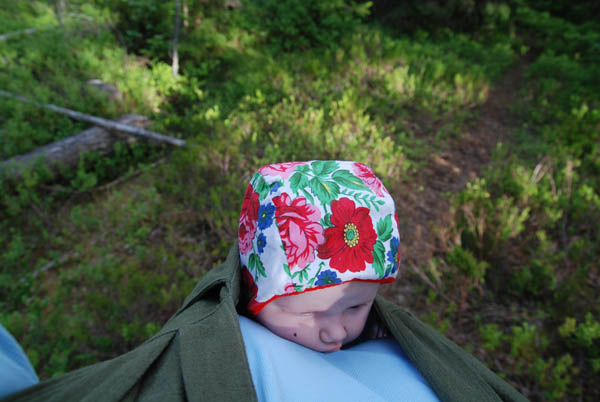 Sunniva a bit frustrated as the food is located on both sides of her nose but she can't reach it ;-) 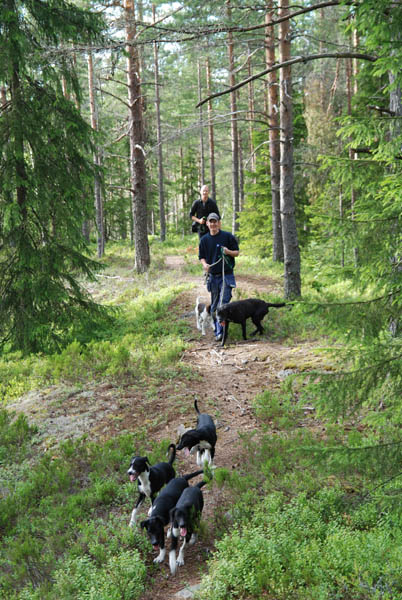 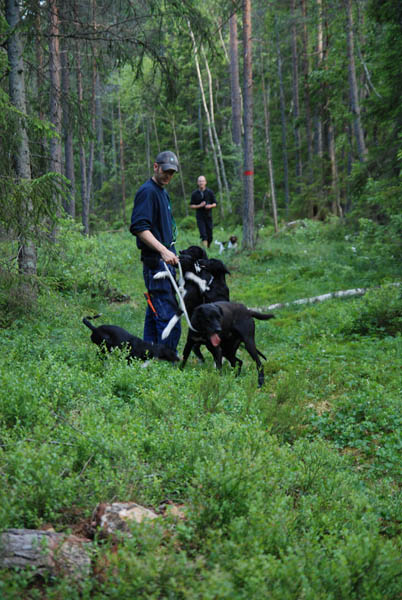 Bjørn and Truls with all the pups and Tyson on a leash. 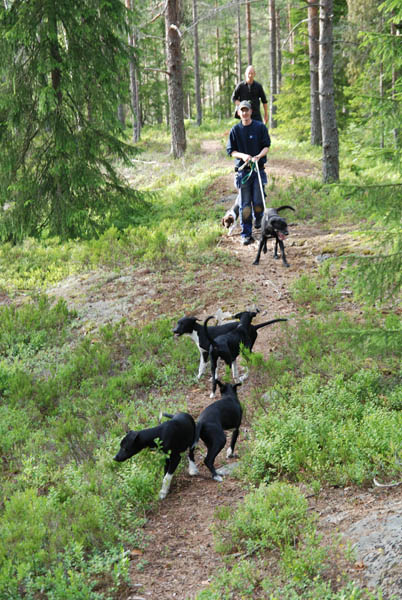 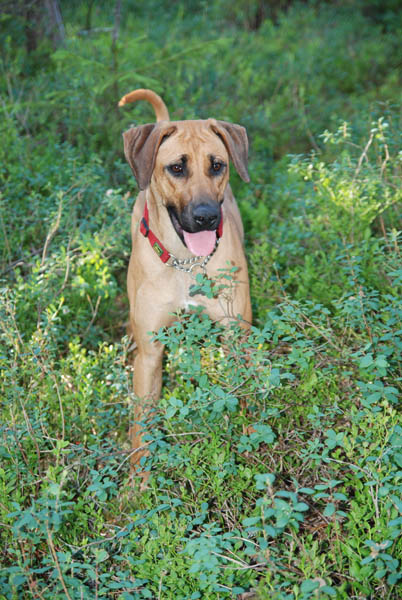 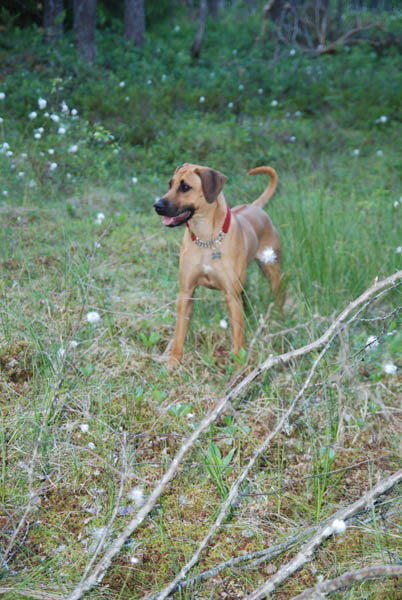 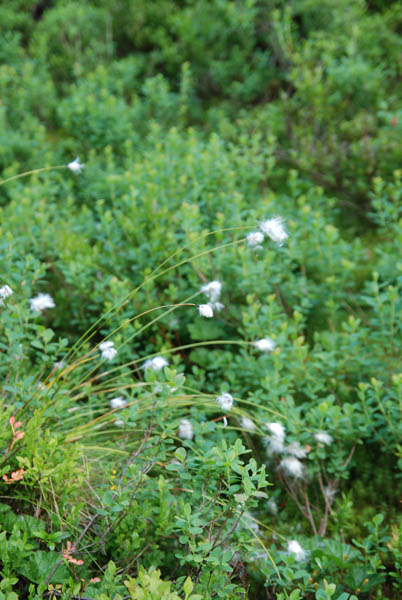 "Myrull" - I simply love it!!! It makes me think of an old childrens book I cannot remember the name of... 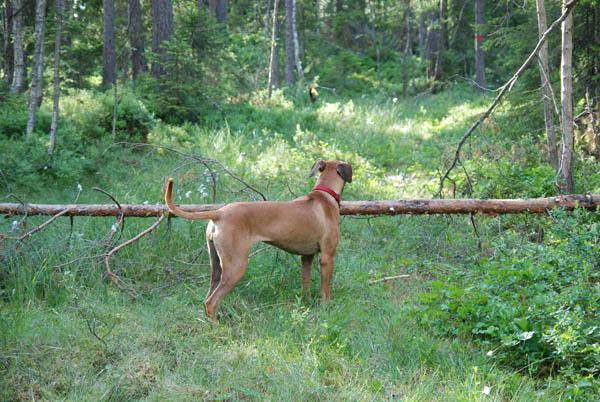 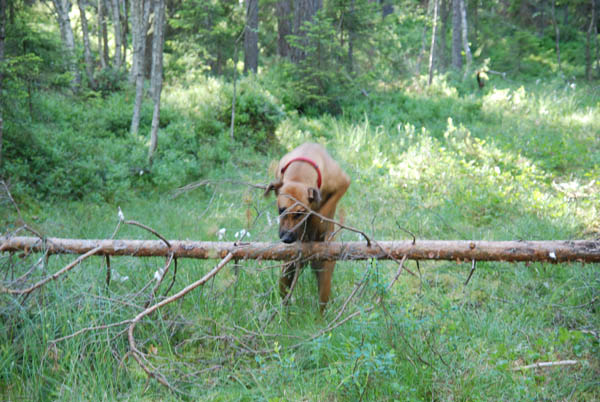 Ok, since she insists then... 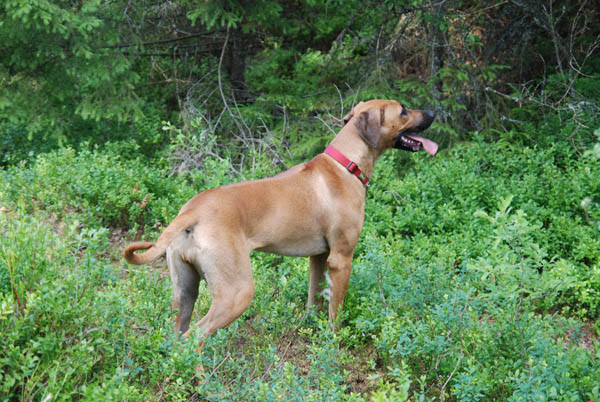