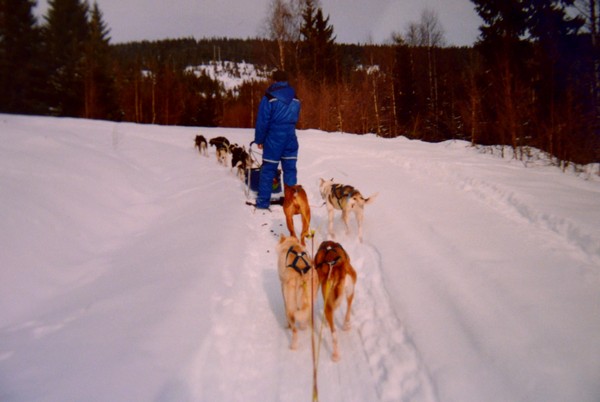 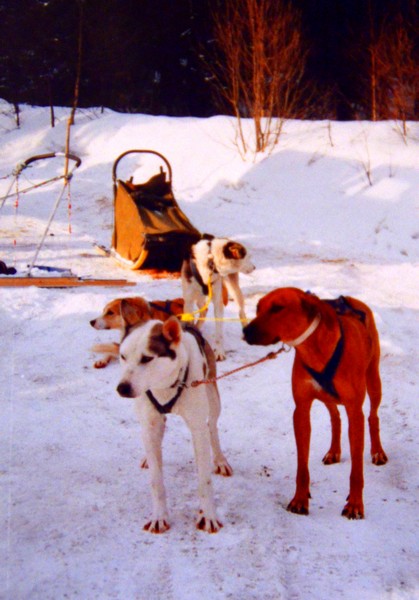 Dogmushing in Romeriksåsen, probably 2000/2001. Tamio and Matilda in front, Whitey and Sandy behind at first, but in need of more power, Whitey was swapped for Tequila ;-) Bjørn in front with Whisky and Binna in front, Tequila, Manson and Edward. 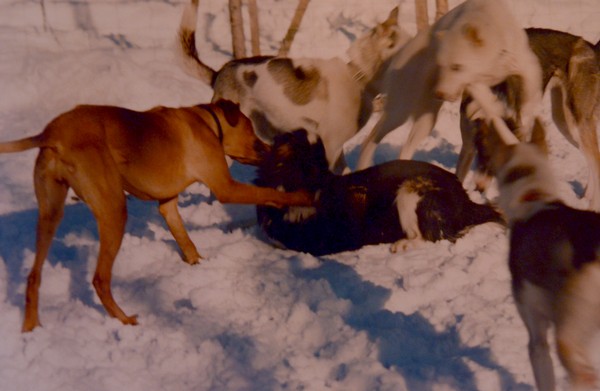 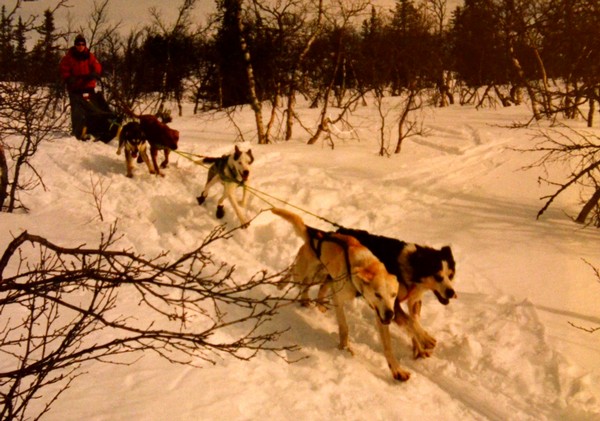 Tamio and Whisky playing, Matilda, Whitey (jumping), Tequila in front watching, and Era behind. Whisky leading the Seppalateam (+  Tamio) 2002 with Toyo, Mans in the middle and Baileys with Tamio. 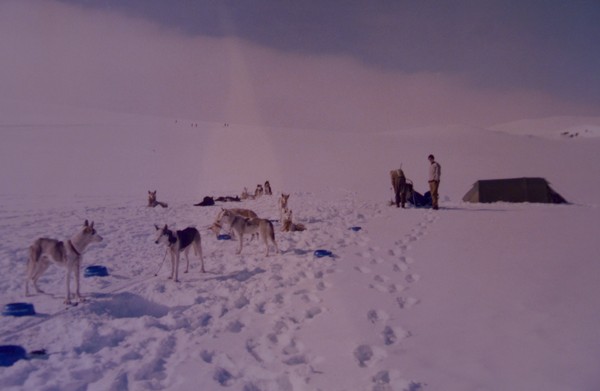 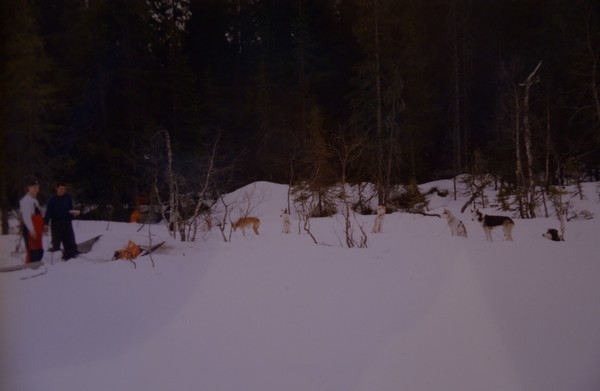 To the left - from Easter holiday at Hardangervidda, to the right from a trip in Nordmarka. Check Whisky to the far right - she's already made herself a great cave ;-) 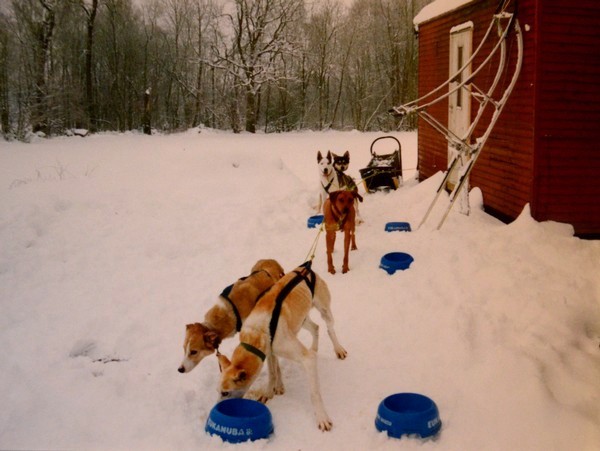 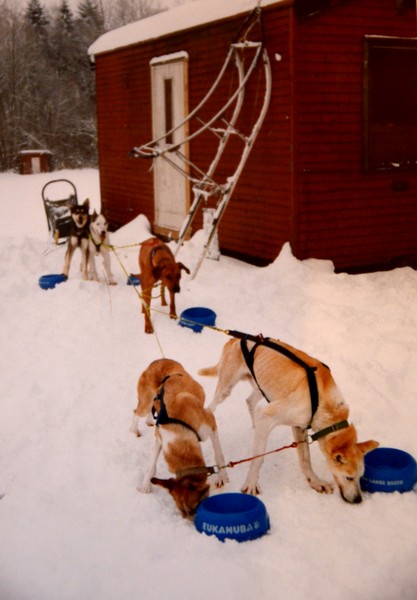 Kamillas team in 2003, Sandy and Toyo, Tamio, Mans and Baileys. 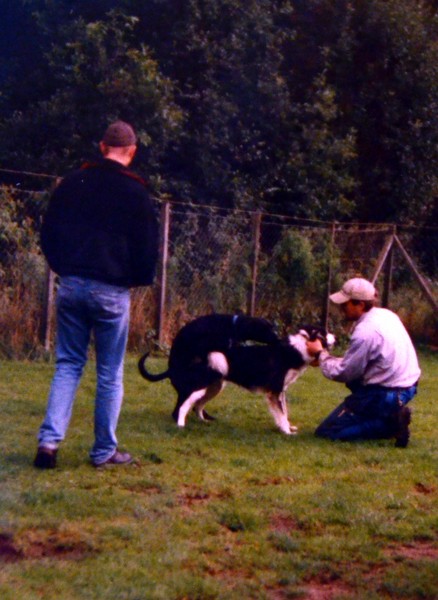 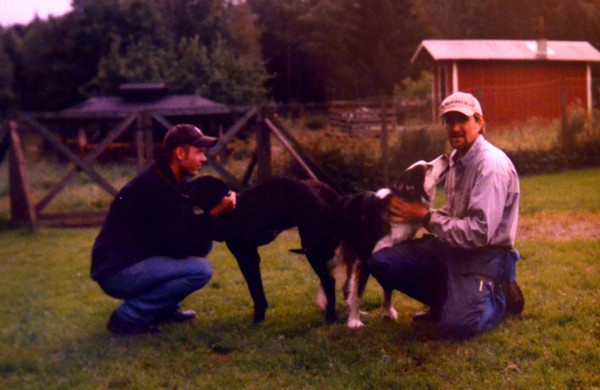 At the Ellis/Lundberg residence in Sweden, while they still lived there! Mike and Whisky's date ;-) August 2000. 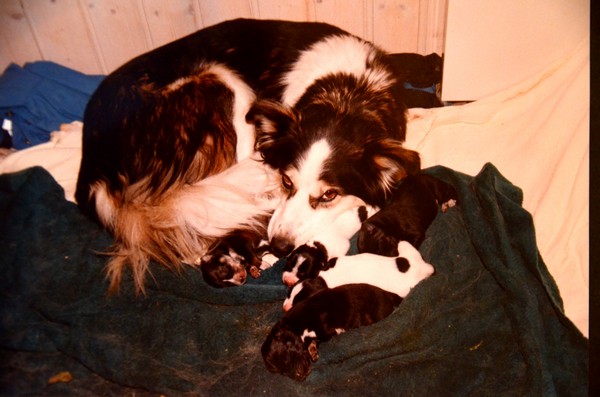 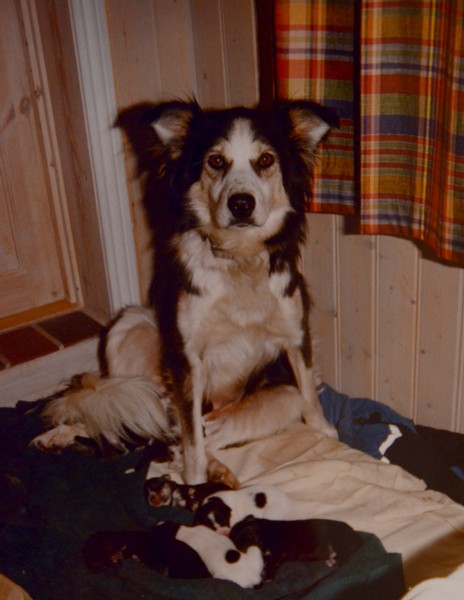 Whisky with her newborn pups, 7 of them. 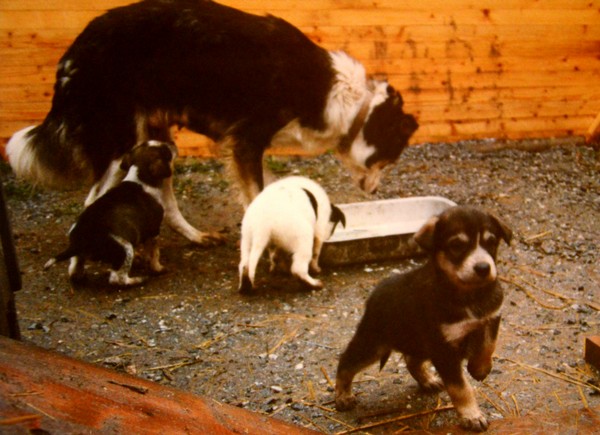