Thursday morning on the 20th of May, Sunniva and I went off to buy a bike trailer (thanks mum and dad for helping out with the finances ;-)) and loaded Nadinja and her rucksack, the new trailer, the old and much loved bike which I have had since seventh grade, lots of clothes, food, sleeping bags and other stuff into the car and drove off to Elnes, Nittedal. We were going from there to Sandungen, where we have been so fortunate to use Bjørn's boss' cabin Nyskrinet. Thank you so much, it was great!

There we were staying the night, just us three girls, and the following morning Bjørn, my parents and my grandfather were coming in by car and spending the day with us before we were to head home, some of us by bike and some by car... 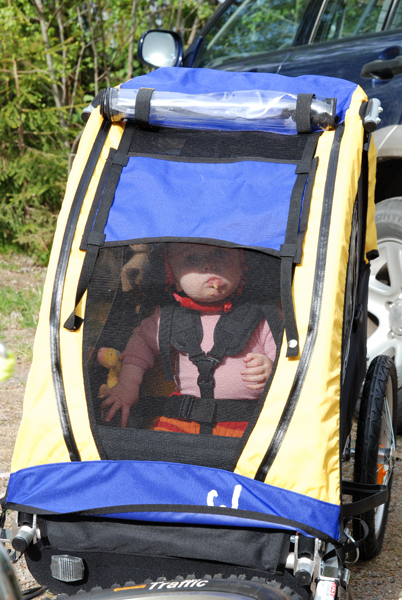 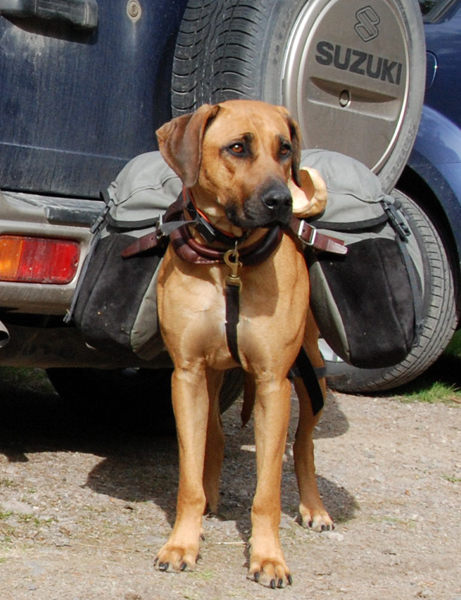 My travel companions Sunniva and Nadinja, Su with a mouthful of banana ;-) 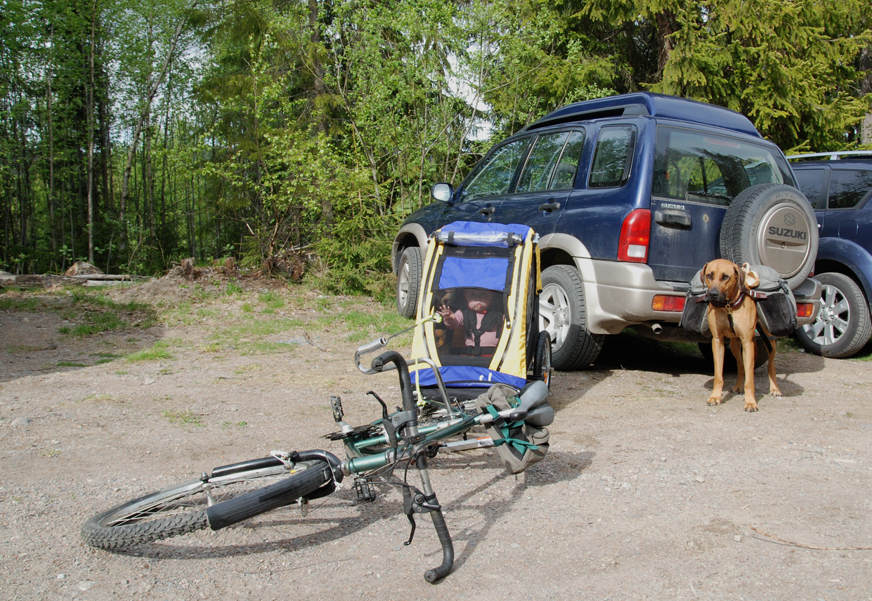 Just before departure! It was VERY steep the first kilometers, luckily Nadinja pulls pretty good and I was fresh.. 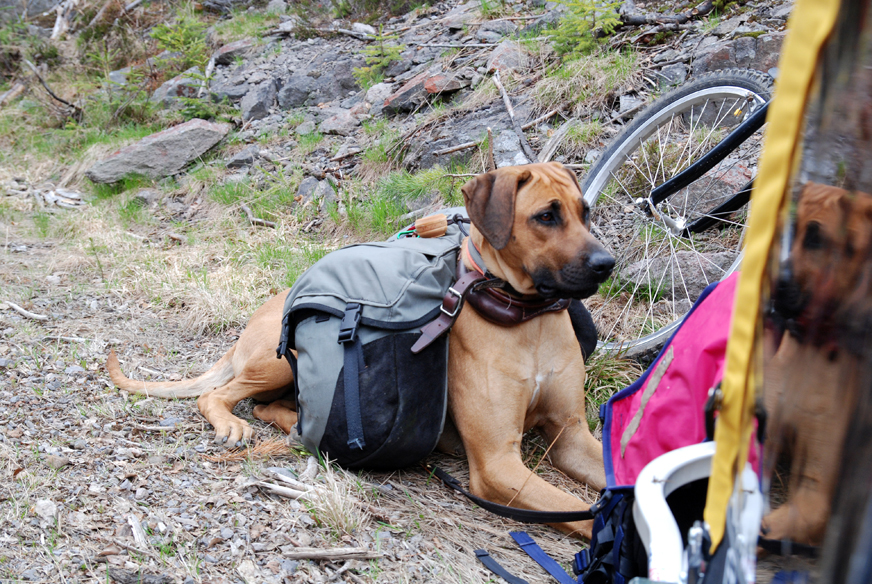 Nadinja taking a break while Su and I had some water and stuff, she's a clever dog, much like her grandmother. 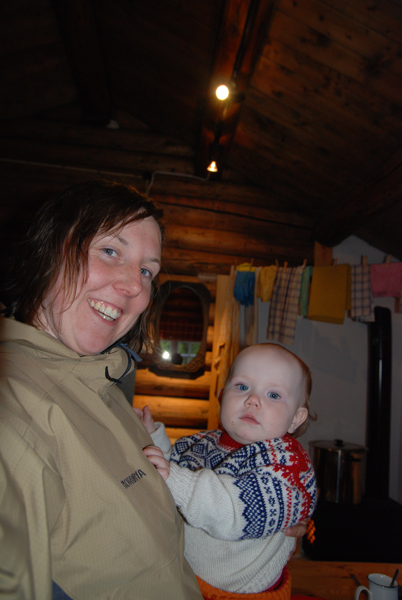 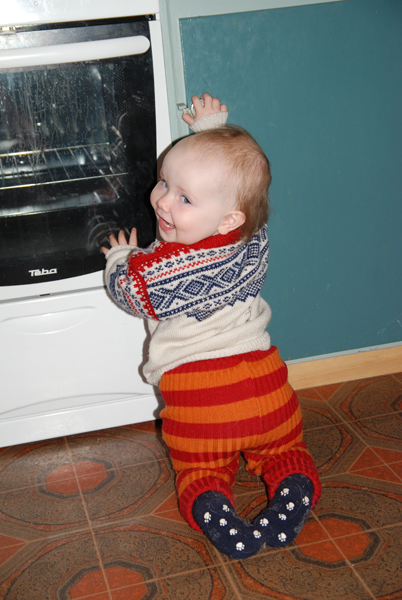 Here we are, after two and a half our or so including stops and even a milkbreak for Su. 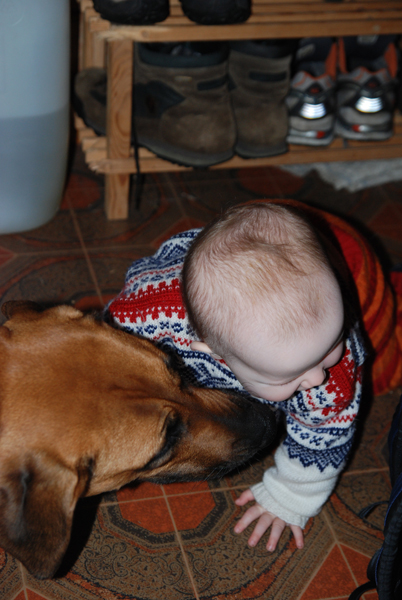 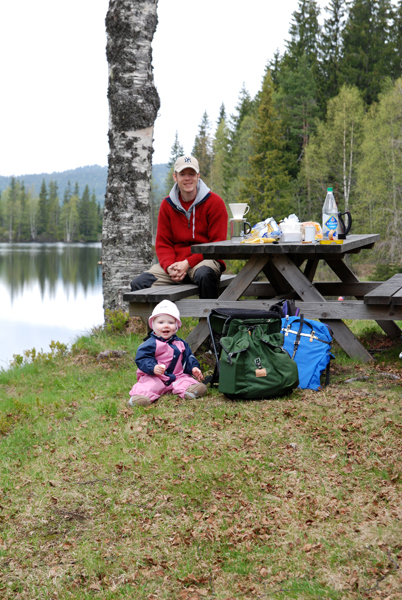 Su and Nadinja, the best of friends! And daddy came the next morning and had brunch with us. 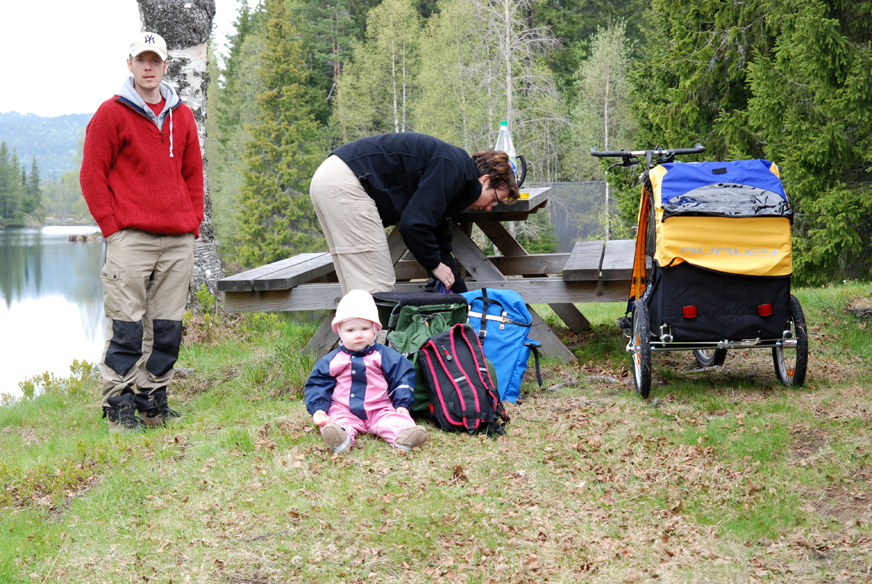 He even brought grandma! And the great, new trailer seen from behind. Burley Solo, I can recommend it warmly! 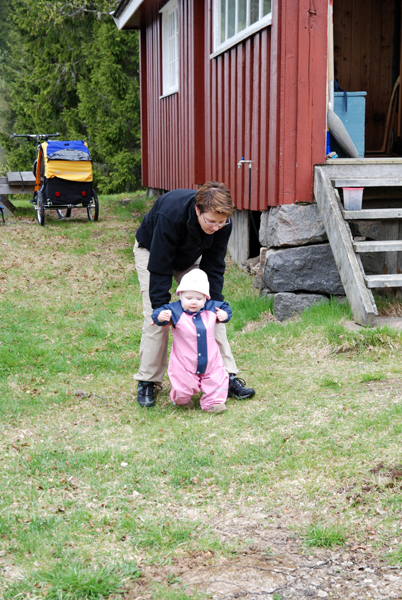 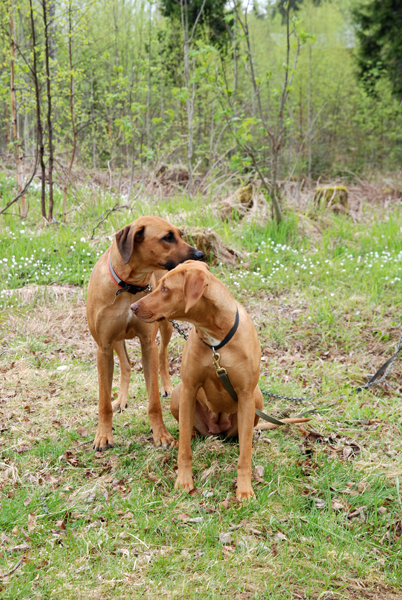 Su and grandma training for the marathon, and Nadinja very pleased to have her cousine Iza there, too. 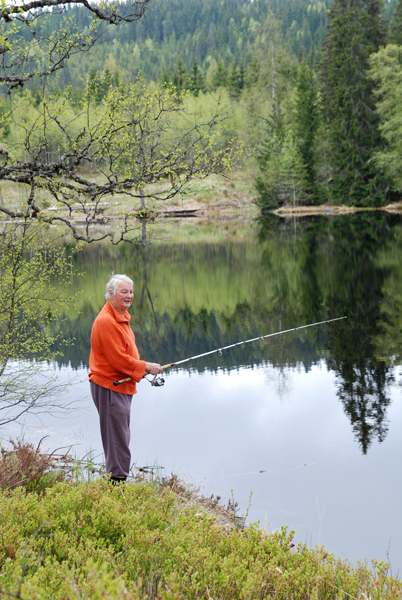 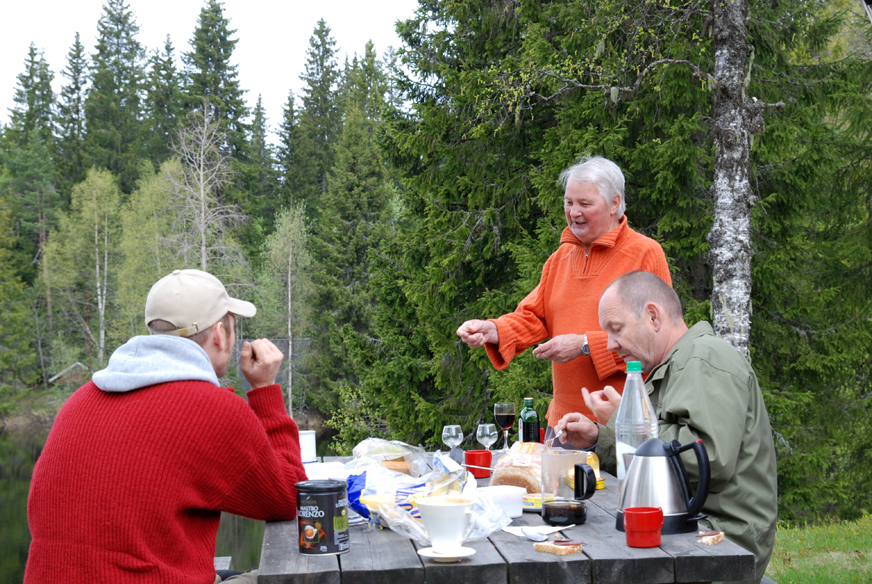 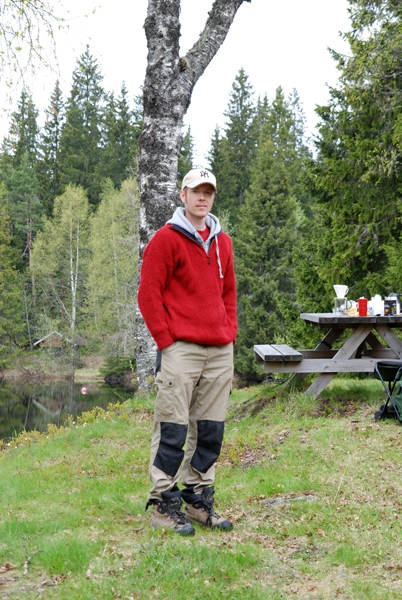 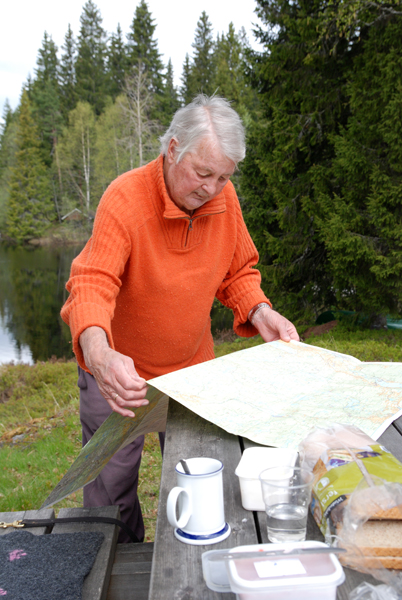 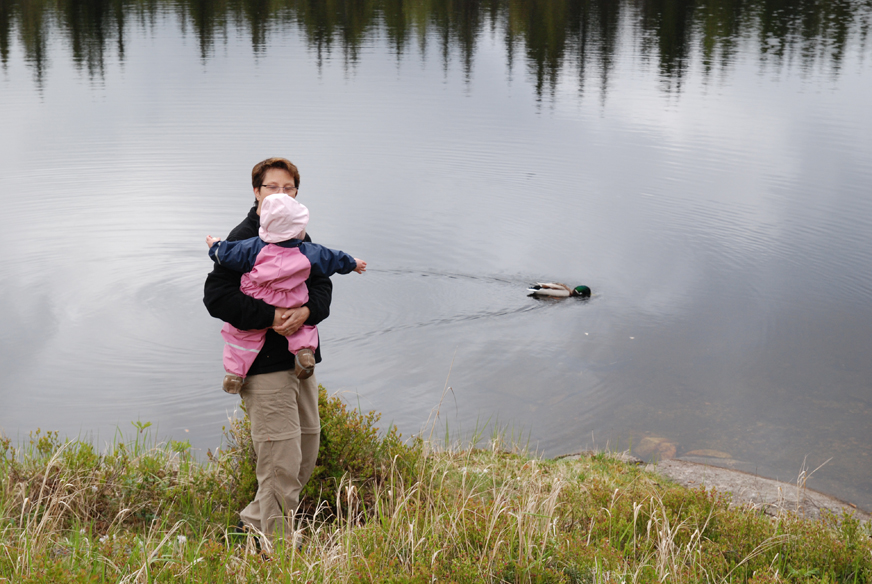 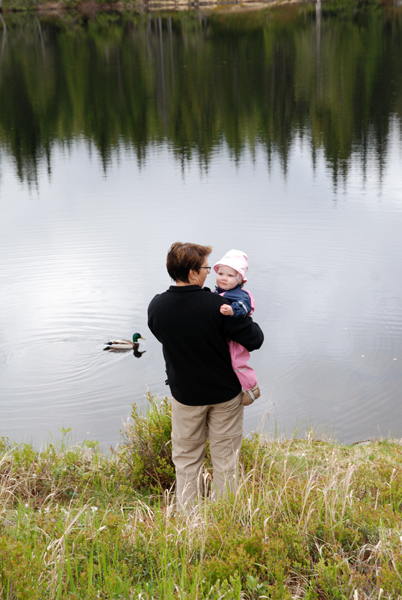 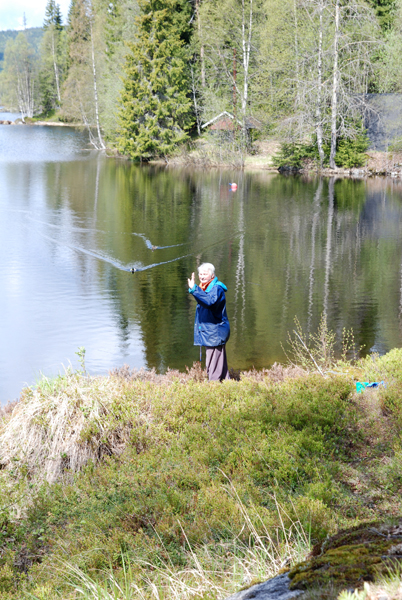 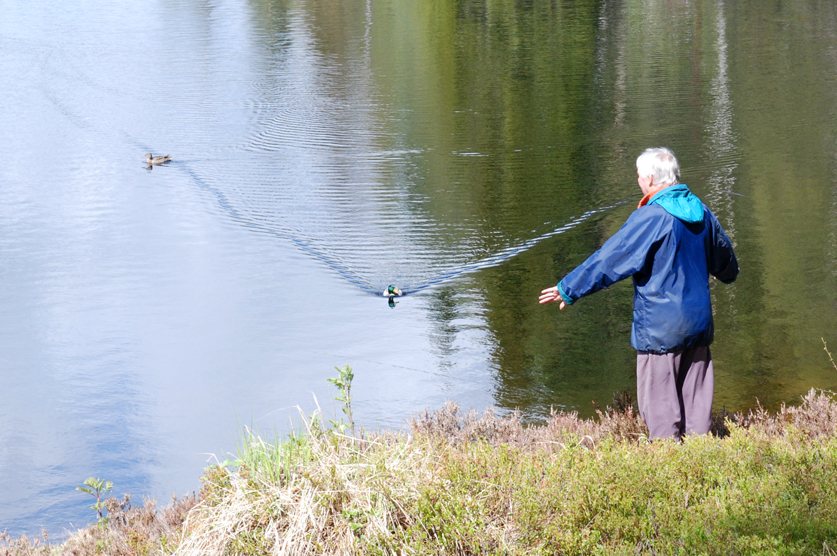 And the ducks were very friendly, or hungry if you will ;-) Here Beppe trying to lead them to the left, away from his fishing rod. 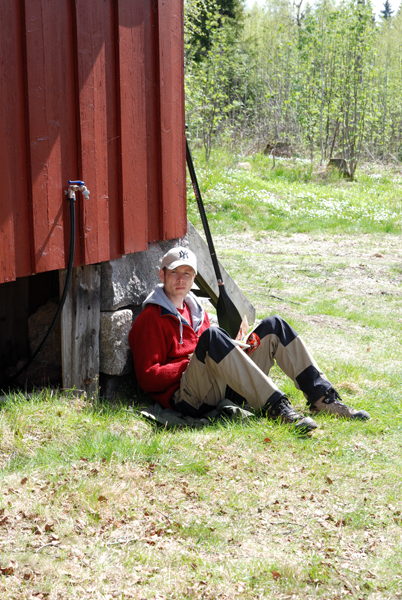 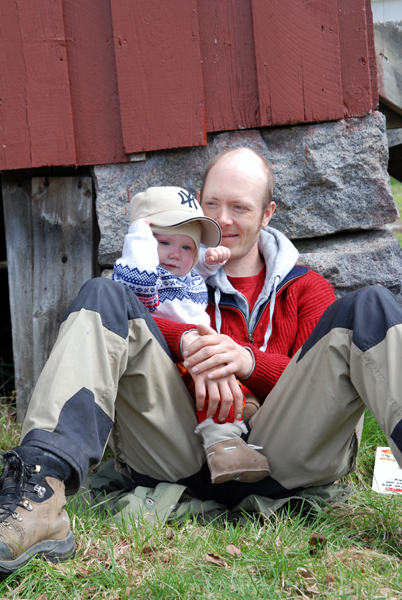 Bjørn was more occupied with Donald Duck than with fishing or the other ducks... 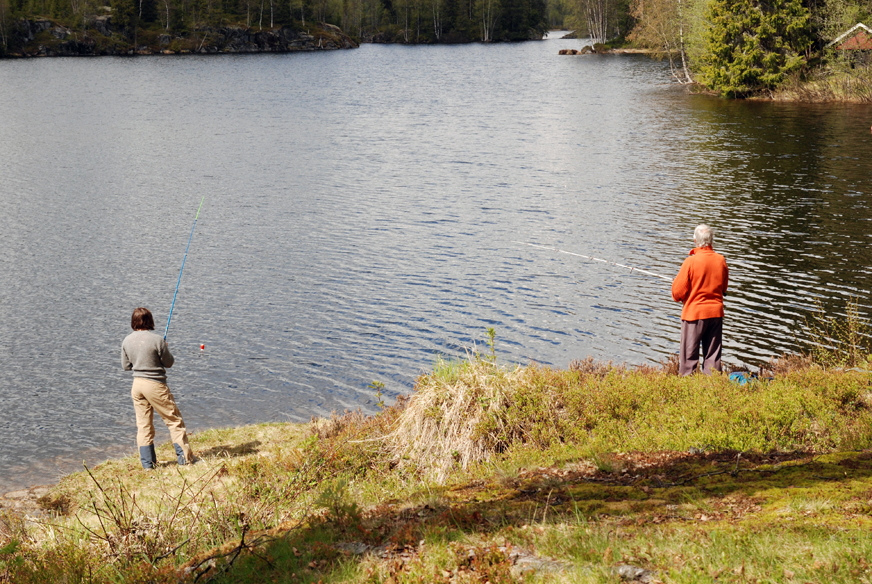 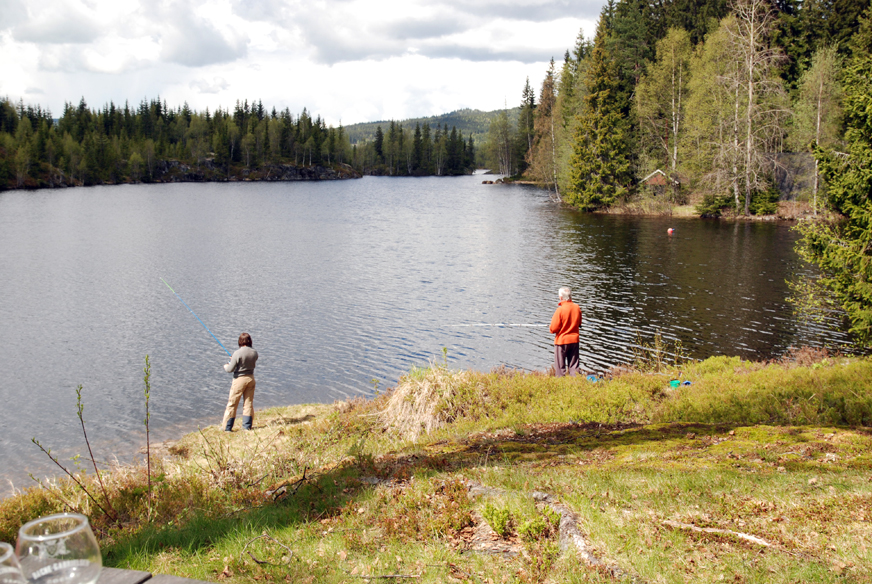 While some of us have more patience than others, which results in: 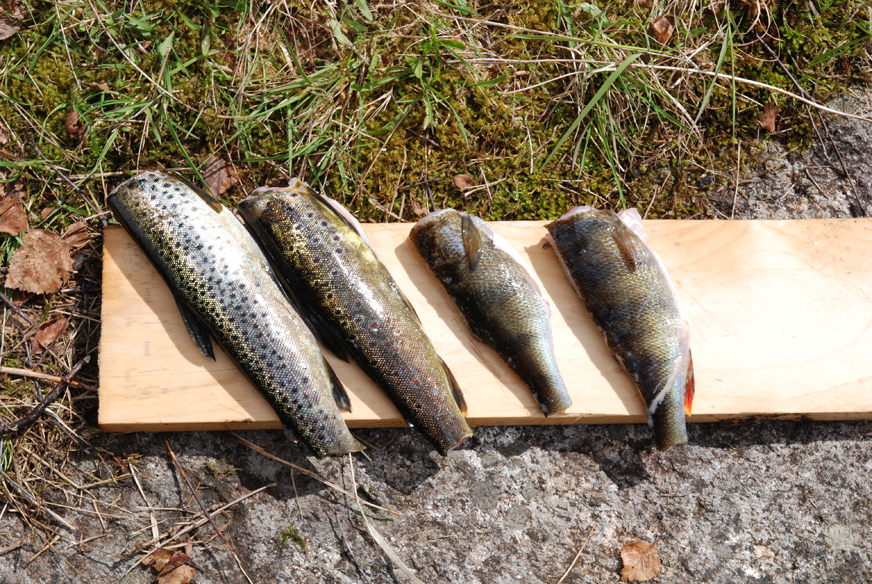 These four! Beppe and I had one trout and one perch (abbor) each, of fairly similar size luckily ;-) 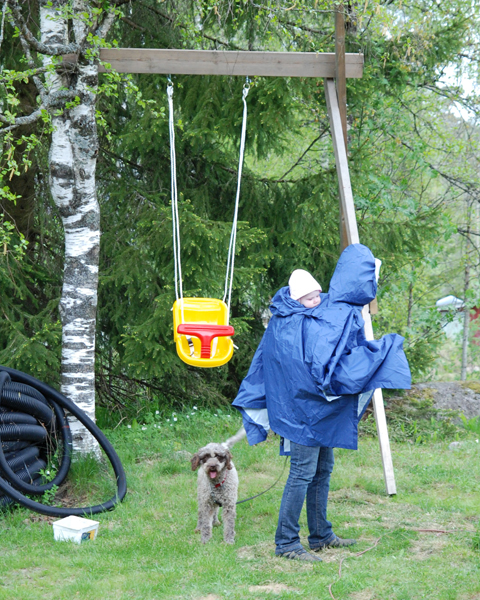 And a pic of Sunniva and grandma off on a walk with Pepsi in the rain from last weekend. This poncho is so smart!